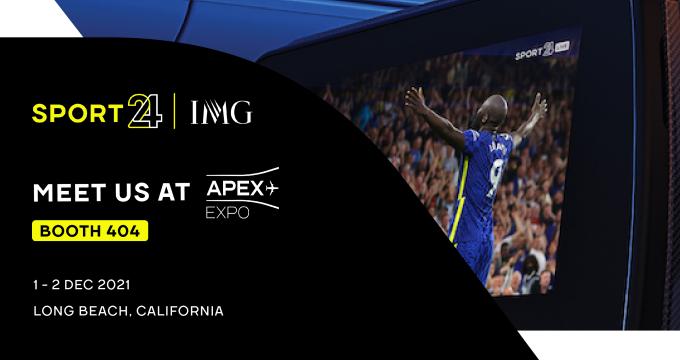 THE FIRST AND ONLY LIVE SPORTS PLATFORM FOR THE AIRLINE INDUSTRY

Sport 24 & Sport 24 Extra are the only truly global, live sports channels that are available to airlines.

Launched in 2012, we revolutionised the travel experience by delivering all the drama and excitement from the biggest sporting events, as they happen, to passengers worldwide.

Our platform offers a unique experience for millions of international passengers, from the casual to the avid sports fan. Through state-of-art technology, we showcase the finest line-up of live sports at 40,000ft. 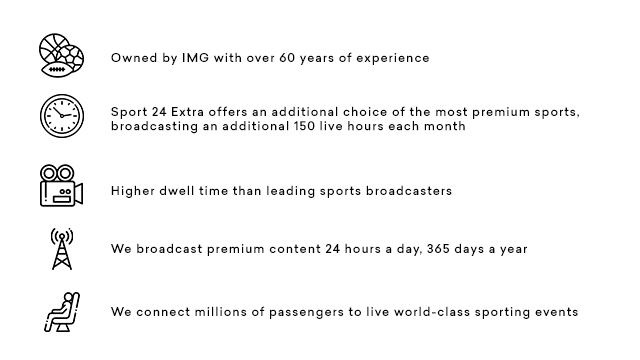 Innovation is in our DNA. We’re owned and produced by IMG – a global powerhouse in sports, events and entertainment – and our expertise is trusted by some of the most influential travel brands.

We broadcast 24-hours a day, 365 days a year, connecting passengers to over 16 hours of premium live content each day. We cover over 45 different global sports leagues, federations and unique events including the Tokyo 2020 Olympics and UEFA Euro.

In 2021 we announced a new agreement to enable any airline to license Sport 24, regardless of the in-flight entertainment system or connectivity network they use. For more information please contact: Charlotte.Cline@img.com

Panasonic Avionics’ live television service creates an exciting entertainment experience by offering premium live sports and news as it unfolds. In this new golden era of television, this service gives passengers the ability to watch anything they want, when, and where they want. Airlines that include live television as part of the in-flight experience, have an opportunity to stand out as thought leaders in a crowded marketplace.

Almost 1,000 aircraft around the globe are connected with the company’s live television service, of which Sport 24 and Sport 24 Extra are an integral part.

IMG is a global leader in sports, fashion, events and media. The company manages some of the world’s greatest athletes and fashion icons; owns and operates hundreds of live events annually; and is a leading independent producer and distributor of sports and entertainment media. IMG also specializes in licensing, sports training and league development. IMG is a subsidiary of Endeavor, a global entertainment, sports and content company. 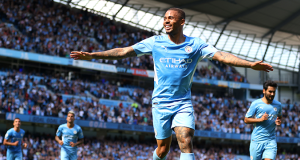 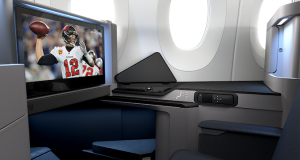 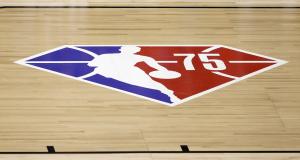 NBA IS BACK FOR ITS 75th SEASON! 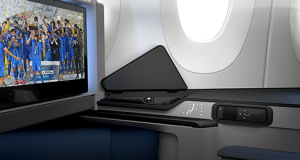 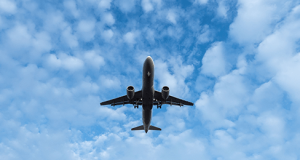